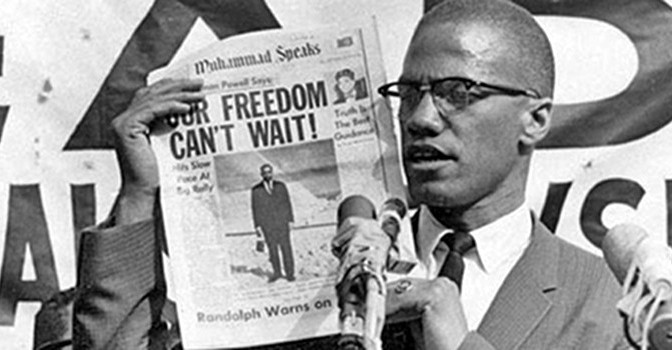 Indian society appears to be confronting the horrors of rape – except the “rapes that have happened and keep happening to women somehow not considered “daughters of the nation.” Brutal assaults against Africans go largely unreported in the nation with the most thriving press in the world.

“The attackers were quoted as saying they wanted to ‘punish the black.’”

On December 3 last year, five men robbed and gang raped a 24 year old Rwandese woman as she was returning home one evening to her home near Delhi University. The story was reported, though not widely, like so many others which have come before. And it was soon forgotten. Then came yet another gang rape and this time the story gripped the nation. India was shaken to its core as details emerged of how a young medical student was repeatedly raped and mutilated by a gang of drunken youths in the heart of the nation’s capital.

Protests erupted on the streets of major cities with women and youth in the forefront, forcing the country to finally examine the shameful way it treats its women. The media blitz that followed was in sharp contrast to the silence or news-in-brief attitude to the thousands of other rapes that have happened and keep happening to women somehow not considered “daughters of the nation.”

A similar hands-off attitude can be detected in mainstream media coverage – or, to be accurate, the lack of it – of a worrying number of cases of discrimination and violence against African students in India.

The muted coverage of the gang rape of the young Rwandese woman, who was ironically seeking asylum in India, is evidence of this selective approach to what is perceived as unacceptable. The Delhi police registered the crime three days after the rape and robbery and this only under pressure from an NGO which came to the help of the 24-year-old woman. It turns out that one of the rapists is well connected. Whether this is linked to the delayed police response is unclear. In a bizarre twist, the car used to abduct the Rwandese woman was reportedly a wedding present from the father-in-law of one of the rapists. An enquiry was ordered, four of the five rapists were arrested, and a police inspector was suspended.

“The Rwandese High Commission has now warned its citizens to be extremely cautious in their interactions with local people and especially to avoid friendships with the opposite sex.”

End of story, it would seem – no deep soul searching, no follow-up, and not even a mention of the case during the endless debates that followed the Delhi gang rape, which occurred after the sexual assault on the Rwandese student.

While a reluctant Delhi police force had to be egged on to investigate the rape of the Rwandese student, it took the Jalandhar police no time at all to arrest three male Rwandese students on “eve-teasing” charges after an incident the Rwandese High Commission said was a misunderstanding. The students said they were asking for directions in a market, but the woman to whom they turned was frightened.

The fear, like the misunderstanding, was probably genuine. Most women are doubly cautious since the Delhi gang rape, but it would be interesting to know how much the wariness of the woman in the market was heightened by the skin color of the men who approached her. The students have since been released on bail after an intervention by the Rwandese High Commission, which has now warned its citizens to be extremely cautious in their interactions with local people and especially to avoid friendships with the opposite sex because of Indian “attitudes.” So much for foreign studies being an opportunity to broaden one’s outlook and make new friends!

When the beheaded body of Imran Mtui, a young IT student from Tanzania, was found near the railway tracks in Bangalore in 2010, the coverage and investigation was sketchy and a racist motive dismissed out of hand. The case didn’t make national news despite vigorous protests from the victim’s family and the Indian High Commission in Dar-es-Salaam demanding a proper investigation into the murder. Local newspapers merely repeated the police line that the death was accidental. The fact that two other African students were reportedly killled in Bangalore prior to Imran’s murdercould have at the very least prompted closer scrutiny. Needless to say, Imran’s family is still bitter about their experience of “Incredible India.”

The latest horror story concerning African students made headlines briefly in January when 24-year-old Burundian student Yannick Nihangaza emerged from a nine-month coma after being savagely attacked by a gang of Punjabi youth in Jalandhar. Yannick was an IT student at the incongruously named “Lovely University,” which incidentally has one of the biggest foreign student intakes in the country. A passing auto rickshaw driver took the unconscious Yannick to hospital, where he remained on life support for weeks. Despite numerous complaints from his friends and family, and even two letters from Yannick’s father to the Punjab chief minister, there was no action from either the police or the state machinery until the national media took up the story three months later.

“Three other Tanzanian students died in Bangalore in the three months prior to Imran’s murder.”

The self-congratulatory tone taken by the media about its role in forcing the Punjab government to finally do something about Yannick Nihangaza, who will probably never live a normal life again, is somewhat hypocritical, given the length of time they took to report the attack in the first place.

There were ingredients enough to make it more than just a “news” story – a foreign student has his head smashed in with a boulder and remains between life and death for weeks on end, no action gets taken, he comes from a country whose 13-year-civil war claimed more than 300,000 lives, and there are the familiar Indian elements of feudal and financial power. Why did a desperate father have to go looking for the media instead of the other way around, as would have been the case had the victim been considered more worthy of attention?

The flurry of reports that followed Nestor Nihangaza‘s appeal to the media last July subsided as abruptly as they appeared, until his son opened his eyes for the first time since the attack.

Reporting on the day Yannick emerged from his coma, NDTV called it a story of a miracle and of compassion. It was indeed a miracle, but the only real compassion came from some of the staff and students at Lovely University, who raised Rs 6 lakh to cover some of his medical treatment.

Nestor Nihangaza says the report he was shown by the Punjab police showed that his son was clearly targeted because of the color of his skin (the attackers were quoted as saying they wanted to “punish the black”). The state government had to be pressured into paying compensation and picking up the medical bills. Nestor also complained that Lovely University authorities had been unforthcoming when he approached them for help.

Students from the North-east can empathize with Africans in this country – they are stigmatized because they look different and are vulnerable to verbal, physical and sexual attack, attacks that get as little media attention as those against blacks.

Of the estimated 50,000 foreign students that swell the coffers of private and public educational institutions, the majority are from neighboring countries and Africa and the Indian government has announced a further 22,000 scholarships for Africa in the coming three years.

However, the few reporters who have ventured into their world show that African students face similar problems wherever they might be in India – difficulties in finding accommodation and often being charged double the normal rent, regular run-ins with the police, not being allowed into pubs and discos, as was reported in a Bangalore tabloid sting operation. The prevalent attitude, according to the tabloid, was that Africans were perceived as a “security concern” and as “drug peddlers”, “scamsters” and “troublemakers” and that women didn’t feel safe around them.

“African students face similar problems wherever they might be in India.”

t is stating the obvious to say that the overwhelming majority of African students are here to get the quality education advertised in their home countries by Indian educational institutions. Many are from middle-class backgrounds and their families have made sacrifices to give their children a chance at getting on in life. Many others are on Indian government scholarships.

Few saw any irony in the timing of the Burundian president’s state visit to India while his countryman Yannick Nihangaza lay in a coma in an Indian hospital. If the issue was raised at all during meetings between Burundian President Pierre Nkurunziza and Indian leaders, this was not made public and nobody asked any questions. It is highly improbable that such a scenario would have played out had the student been from a wealthy nation.

Irony knows no limits, it appears; at the height of the protests two years ago against repetitive racist – and sometimes murderous – attacks on Indian students in Australia, a group of youngsters thrashed a Congolese student to within an inch of his life in a posh Delhi mall while other shoppers looked on. The 25-year-old management student from Kinshasa was told by his attackers that no foreign student should be allowed to stay in India since Indian students were being beaten up in Australia. The Indian media, especially the electronic version, which stridently took up the clamor for justice for Indian students being attacked in Australia, never once thought to look at the glass house from which they were hollering.

Africa remains the proverbial “dark continent” for most Indians, whose prejudices and attitudes are uncomfortably similar to western perceptions of Africa, indeed of India until not so long ago.

The media could play an important role in deepening mutual understanding and appreciation, but they shy away from their obligations.

“A group of youngsters thrashed a Congolese student to within an inch of his life in a posh Delhi mall while other shoppers looked on.”

One starting point could be a follow up to the story of Yannick Nihangaza, who is still in hospital. The media could do one of their famous “what was promised, what was delivered” pieces and ensure that his case remains in the news until a just settlement is reached. It would be too much to expect a campaign calling for justice for Yannick – the only online petition started by a concerned citizen in Bangalore closed with just 24 signatures.

Delhi-based writer Namrata Bhandare is eloquent in her letter to Yannick’s father, cautioning him against expecting any justice: “On April 21, the night your son was attacked in Ludhiana, a student from Odisha, the same age as your son, was shot dead in Boston. We shouted ourselves hoarse with outrage over his killing. We shouted ourselves hoarse when Indian students were attacked in Australia. And we shout ourselves hoarse when Ashton Kutcher makes fun of our accent and way of life. Will we shout ourselves hoarse over what happened to your son? I fear we will not. I hope you will get the justice you desire. But more realistically, I pray that your son will find a better place than the one he had here in my country.”

Sputnik Kilambi is a veteran electronic and print journalist in both the anglophone and francophone media. She can be contacted at sputnikkilambi@gmail.com.