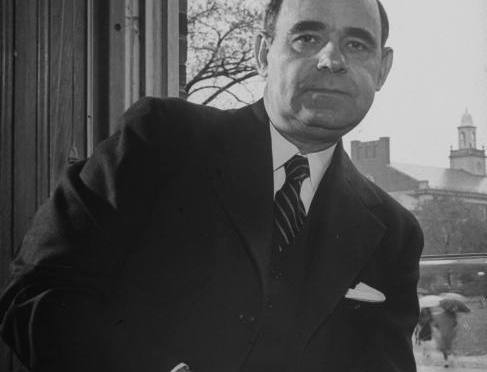 The Dark Art of Racecraft

Dave Weigel is one of my favorite reporters, but I think this piece on Jason Richwine, intelligence research, and “race” deserves a closer look:

Academics aren’t so concerned with the politics. But they know all too well the risks that come with research connecting IQ and race. At the start of his dissertation, Richwine thanked his three advisers — George Borjas, Christopher Jenks, and Richard Zeckhauser — for being so helpful and so bold. Borjas “helped me navigate the minefield of early graduate school,” he wrote. “Richard Zeckhauser, never someone to shy away from controversial ideas, immediately embraced my work. …”

Anyone who works in Washington and wants to explore the dark arts of race and IQ research is in the right place. The city’s a bit like a college campus, where investigating “taboo” topics is rewarded, especially on the right. A liberal squeals “racism,” and they hear the political-correctness cops (most often, the Southern Poverty Law Center) reporting a thought crime.

It is almost as though the “dark arts of race and IQ” were an untapped field of potential knowledge, not one of the most discredited fields of study in modern history. We should first be clear that there is nothing mysterious or forbidden about purporting to study race and intelligence. Indeed, despite an inability to define “race” or “intelligence,” such studies are one of the dominant intellectual strains in Western history. We forget this because its convient to believe that history begins with the Watts riots. But it’s important to remember the particular tradition that Charles Murray and Jason Richwine are working in. A brief reminder seems in order.

That Negroes imported into, or born in, the United States become more intelligent and better developed in their physique generally than their native compatriots of Africa, every one admits; but such intelligence is easily explained by their ceaseless contact with the whites, from whom they derive much instruction; and such physical improvement may also be readily accounted for by the increased comforts with which they are supplied. In Africa, owing to their natural improvidence, the Negroes are, more frequently than not, a half-starved, and therefore half-developed race; but when they are regularly and adequately fed, they become healthier, better developed, and more humanized. Wild horses, cattle, asses, and other brutes, are greatly improved in like manner by domestication : but neither climate nor food can transmute an ass into a horse, or a buffalo into an ox.

Here is an excerpt from Madison Grant’s 1916 study The Passing of a Great Race:

These new immigrants were no longer exclusively members of the Nordic race as were the earlier ones who came of their own impulse to improve their social conditions. The transportation lines advertised America as a land flowing with milk and honey and the European governments took the opportunity to unload upon careless, wealthy and hospitable America the sweepings of their jails and asylums. The result was that the new immigration, while it still included many strong elements from the north of Europe, contained a large and increasing number of the weak, the broken and the mentally crippled of all races drawn from the lowest stratum of the Mediterranean basin and the Balkans, together with hordes of the wretched, submerged populations of the Polish Ghettos.

Our jails, insane asylums and almshouses are filled with this human flotsam and the whole tone of American life, social, moral and political has been lowered and vulgarized by them. With a pathetic and fatuous belief in the efficacy of American institutions and environment to reverse or obliterate immemorial hereditary tendencies, these newcomers were welcomed and given a share in our land and prosperity….

The result of unlimited immigration is showing plainly in the rapid decline in the birth rate of native Americans because the poorer classes of Colonial stock, where they still exist, will not bring children into the world to compete in the labor market with the Slovak, the Italian, the Syrian and the Jew. The native American is too proud to mix socially with them and is gradually withdrawing from the scene, abandoning to these aliens the land which he conquered and developed.

The man of the old stock is being crowded out of many country districts by these foreigners just as he is to-day being literally driven off the streets of New York City by the swarms of Polish Jews. These immigrants adopt the language of the native American, they wear his clothes, they steal his name and they are beginning to take his women, but they seldom adopt his religion or understand his ideals and while he is being elbowed out of his own home the American looks calmly abroad and urges on others the suicidal ethics which are exterminating his own race.

Another from Lothrop Stoddard’s 1922 work The Revolt Against Civilization and the Menace of the Underman:

In Massachusetts the birth-rate of foreign-born women is two and one-half times as high as the birth-rate among the native-bom; in New Hampshire two times; in Rhode Island one and one-half times, the most prolific of the alien stocks being Poles, Polish and Russian Jews, South Italians, and French-Canadians. What this may mean after a few generations is indicated by a calculation made by the biologist Davenport, who stated that, at present rates of reproduction, 1,000 Harvard graduates of to-day would have only fifty descendants two centuries hence, whereas 1,000 Rumanians today in Boston, at their present rate of breeding, would have 100,000 descendants in the same space of time.

To return to the more general aspect of the problem, it is clear that both in Europe and America the quality of the population is deteriorating, the more intelligent and talented strains being relatively or absolutely on the decline. Now this can mean nothing lees than a deadly menace both to civilization and the race.

More from Lothrop Stoddard‘s 1921 book The Rising Tide of Color Against White World-Supremacy:

In the United States it has been the same story. Our country, originally settled almost exclusively by Nordics, was toward the close of the nineteenth century invaded by hordes of immigrant Alpines and Mediterraneans, not to mention Asiatic elements like Levantines and Jews. As a result, the Nordic native American has been crowded out with amazing rapidity by these swarming, prolific aliens, and after two short generations he has in many of our urban areas become almost extinct.

The racial displacements induced by a changed economic or social environment are, indeed, almost incalculable. Contrary to the popular belief, nothing is more unstable than the ethnic make-up of a people. Above all, there is no more absurd fallacy than the shibboleth of the “melting-pot.” As a matter of fact, the melting-pot may mix but does not melt. Each race-type, formed ages ago, and “set” by millenniums of isolation and inbreeding, is a stubbornly persistent entity. Each type possesses a special set of characters: not merely the physical characters visible to the naked eye, but moral, intellectual, and spiritual characters as well. All these characters are transmitted substantially unchanged from generation to generation.

To be sure, where members of the same race-stock intermarry (as English and Swedish Nordics, or French and British Mediterraneans), there seems to be genuine amalgamation. In most other cases, however, the result is not a blend but a mechanical mixture. Where the parent stocks are very diverse, as in matings between whites, negroes, and Amerindians, the offspring is a mongrel — a walking chaos, so consumed by his jarring heredities that he is quite worthless. We have already viewed the mongrel and his works in Latin America.

Here is Karl Pearson in 1925 looking at Jewish immigration into Britain:

What is definitely clear, however, is that our alien Jewish boys do not form from the standpoint of intelligence a group markedly superior to the natives. But that is the sole condition under which we are prepared to admit that immigration should be allowed. Taken on the average, and regarding both sexes, this alien Jewish population is somewhat inferior physically and mentally to the native population. It is not so markedly inferior as some of those who wish to stop all immigration are inclined to assert. But we have to face the facts; we know and admit that some of the children of these alien Jews from the academic standpoint have done brilliantly, whether they have the staying powers of the native race is another question*. No breeder of cattle, however, would purchase an entire herd because he anticipated finding one or two fine specimens included in it; still less would he do it, if his byres and pastures were already full.

Far from being relegated to some musty corner of intellectual life, the Stoddard tradition, the tradition in which Jason Richwine stands, proved to be an influential force in world history. The Stoddard tradition gave us forced sterilization, “euthanasia” programs, miscegenation bans, and, ultimately, the Holocaust.

One might oppose the Stoddard tradition strictly on its tendency to birth suffering, misery, and catastrophe. But one can oppose it for simpler reasons — its practitioners have a nasty habit of being wrong. Harvard still stands. The Jews of Poland seem to understand American ideas quite well. And it was not the darker races who threatened civilization, but the cannibal Nordics rampaging under the Nazi flag. History has been deeply unkind to Jason Richwine’s spiritual ancestors. It’s comforting to think that the academics who show no interest in the “dark arts” do so out of fear of the leftist cabal. More likely, they do so to avoid being associated with a specious field of study whose primary contributions to the world include justifying slavery and inspiring genocide.

Which is not to say these authors should not be read. Pearson is especially instructive. In 1925, he claimed the Jews immigrating to Britain threatened to become a “parasitic race.” Under similar thinking, Jews were subsequently subjected to college quotas throughout America. Today, the descendants of Pearson tell us that Jews are the intellectual cream of the genetic crop.

This is what Barbara and Karen Fields mean when they talk about “racecraft.” Power must justify itself. When it is proven wrong, it simply recalibrates. Conditions and actions are explained away as the inalterable work of genetics. Yesterday’s yellow peril becomes today’s model minority. In the 1930s Jews dominated basketball because of their “Oriental background” and “flashy trickiness.” Today blacks dominate it through their animal strength and agility.

You see this shifting in Weigel’s own article, where we are told that Richwine is looking into “race.” But Hispanics are considered an ethnic group, not a race. That is because we have trouble explaining why Matt Yglesias, Sophia Vegara, Carmelo Anthony, Rosario Dawson, and Charlie Rangel can be said to comprise a separate “race.” One should also have trouble explaining why Walter White, Whoopi Goldberg, Djimon Hounsou, Jay Smooth, Mordecai Wyatt Johnson, and I are all the same “race.”

These people do share something in common — their geographic ancestry makes them potential targets of white racism. If there is any fact we are warned away from, this is it. Richwine’s theories originate from a long tradition of white racism, the tradition of Grant, Stoddard, and Pearson.  But to say this is to indict an insupportable portion of our own history and traditions. It is to remind us that the differences between us were constructed by men who sought power, and are maintained just the same.

TA-NEHISI COATES is a national correspondent for The Atlantic, where he writes about culture, politics, and social issues. He is the author of The Beautiful Struggleand Between the World and Me.