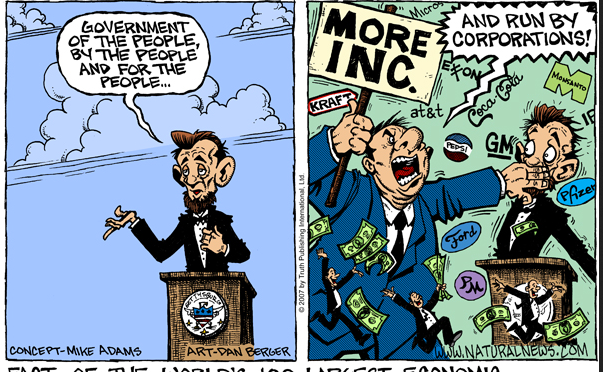 How Did He Get So Rich? Think Tanks Vs. Crony Capitalism

I still recall my long summer vacations in Argentina. That was before globalization and competitive pressures pushed most of the elite of developing countries to take shorter and shorter breaks. Europeans continue to buck the trend. They seem more attached to their long vacations than to the welfare statethat sometimes mandates those long relaxing weeks.

Volleyball was part of my South American beach life. It was easy to recover between endless games by taking a relaxing swim in deep sea water and then the mandatory, and now we know, dangerous sun-bathing. However, I am not writing here about life as a temporary beach-bum; I want to focus on how one of my most admired volleyball partners responded to economic incentives. Being a firm believer that all humans deserve a chance to rebuild their lives, I was hesitant to use his name, but as he wrote a book about this, mentioning him might help him increase his sales.

Enrique Piana was tall and handsome. His girlfriend and future wife, Solange, was also picture perfect. “Quique” as we called him, had a killer volleyball smash and killer looks. His family owned one of Argentina’s oldest and most respected trophy and medals companies. He seemed to have everything.

During part of the ’90s, the government of President Carlos Menem, and then-Minister Domingo Cavallo, had a policy for the importation of gold and exports of gold fabrications that amounted to a major subsidy for exporters. Attracted by the incentives, Quique, who had become CEO of his company, became a key player in a scheme whereby exporting overvalued gold-plated products netted them 30 million in subsidies for fake transactions. As it seems that none of the medals were sold at artificial value to true customers, the only victims here ended up being the Argentine tax-payers.

The scheme involved a “business” in the United States. As there is still substantial respect for rule of law in the United States, Quique was indicted, captured, and—after some months in a U.S. jail—extradited to Argentina. In his book, he lists the government officials who he claims knew about the scheme and who received bribes for his fraudulent activities. I will not mention them here. None of them were sentenced to jail.

If it would not be for the fraud in the value of the medals, the entire scheme would be just a case of crony capitalism. Receiving legal export subsidies (or export reimbursements as they are called in Argentina) is not a crime. No one would have ended up in jail. Quique was greedy. By overvaluing medals and overstating the gold content, he would help maximize his profits—but Quique lost his freedom for a while, and his century-old family company is gone forever.

Those of us who, like most writing for Forbes, believe in capitalism, defined as the private ownership of the means of production, are being faced with many similar cases. Increased publicity about economic transactions where profits are the result of being close to power, rather than serving the customer, have led to a surge in articles and complaints about crony capitalism. Making a moral case for capitalism obliges us to distinguish between “good and bad” capitalism.

Think tanks from all over the world that favor free-enterprise are trying to counter the flood of news about private players who use government and corruption to increase their profits. Through books, videos, and conferences, they are trying to portray the good side of capitalism. (I leave for another article a more complete list of groups engaged in this task.) In the United States, a short list of think tanks investing more of their budget on the moral defense of capitalism or free-enterprise should include the American Enterprise Institute and its Values and Capitalism program, the Acton Institute, The Center for Vision and Values at Grove City College, the Ethics and Public Policy Center, and several organizations which are inspired by Ayn Rand’s writings. Talented entrepreneurs such as John Mackey, author of “Passion and Purpose: the Power of Conscious Capitalism” and Steve Forbes, in his “How Capitalism will Save Us” have also entered the debate. The Centre for Independent Studies in Australia, CEDICE in Venezuela, and PAFERE in Poland, are active in other parts of the world. The battle against this privileged form of capitalism is also taking place in social media, with AgainstCronyCapitalism.org and a special Crony CapitalismFacebook site gradually growing in presence.

As the true story I told about Quique shows, there is a fine line between corruption and crony capitalism. Several think tanks are active in exposing corruption, but they have learned that mentioning culprits can lead to more headaches or worse. The Adriatic Institute in Croatia, has been waging a David-versus-Goliath battle and has received multiple threats. Those who have exposed crony capitalism and corruption in Venezuela are currently being sued in the United States for defamation. The billions earned by cronies can buy lawyer power from the left, center, and worse, from leading rightwing legal counsel. Most free-market think tanks therefore prefer to speak about the generalities of corruption and crony capitalism rather than mention the guilty parties. This is seldom effective. I confess that in this column, I am guilty of the same prudence.

Considerable credit should be given to Transparency International for having created the most important effort to measure the perception of corruption, which has been a helpful tool to combat corruption. Having measurements to assess the magnitude of a problem, like monetary inflation, or huge deficits, helps think tanks confront the problem. To win the moral debate about free-enterprise, it would help to develop a comprehensive index of crony capitalism. There is a need to develop measurements about what percentage of profits in the United States and the world economy come from exchanges which result from favoritism, contracts between state-owned companies, corporate welfare (which the Cato Institute measures for the United States), corruption, and “sanitized corruption”—or getting legal favors, cheap loans, and foreign currency at preferential rates. This won’t be easy, but it’s not impossible.

Alejandro Chafen, CONTRIBUTOR
I cover think tanks, scholars, and champions of innovation. I have been president of Atlas Network since 1991. A member of the board of advisors to The Center for Vision & Values and a trustee of Grove City College, I am also the president and founder of the Hispanic American Center of Economic Research. I serve on several boards including the Chase Foundation of Virginia, the Acton Institute, the Fraser Institute (Canada), and am an Active Honorary Member of the John Templeton Foundation. In 2014 I received the Walter Judd Freedom Award from the Fund for American Studies.